A lot of people make mistakes when performing home renovations for the first time. Here are some examples of the most common errors made by individuals in this situation.

One serious mistake that first-time renovators often make is failing to recognise that they require assistance from a structural engineering firm for a specific part of their project. For example, if a homeowner attempts to remove a chimney breast from their property, but they do not consult with a structural engineer before proceeding with this task, there is a very

Conversely, if the homeowner in this situation were to arrange a consultation with a structural engineering firm, this company's engineers could help to draw up a plan to safely remove the chimney breast. This plan could minimise the amount of damage that is inflicted on the wall where it is positioned and ensure that the appropriate type of reinforcement is placed inside the opening created by the removal process, in order to maintain the surrounding wall's structural integrity.

Not double-checking measurements before ordering materials

Another error that is frequently made by inexperienced renovators is failing to double-check their measurements before ordering materials such as flooring, cabinetry, shelving units and bathroom suites. This type of mistake can throw a person's entire renovation project into disarray. For example, if a homeowner orders a set of kitchen shelving units that are too large for the area of the kitchen where they need to be installed, they may either have to hire a carpenter to alter the units to make them fit or send them back and reorder ones in the correct size. The former could increase the cost of their renovations, whilst the later could cause a delay that may result in their renovations lasting for a lot longer than they had planned.

As such, it is important for those undertaking their first renovation project to double check that their initial measurements are accurate. 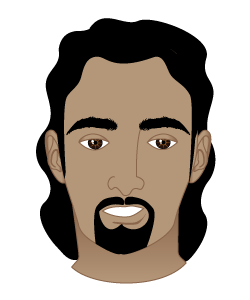 Hello! My name is Richard and this is my new blog. On this blog, I hope to pass on some useful information about how to work with contractors. I recently decided that I wanted to give my property a complete overhaul. I wanted to have a new roof installed, the interior remodelled and the driveway repaired. I asked around and I put together a great team of contractors who could all work together to get the job done. However, that isn't to say there wasn't the occasion challenge during such a big project. I learnt a lot from the experience and I am really pleased with the work that the contractors carried out.